This is a guest post by Dragan Bosnjak, lean thinker, mechanical engineer and administrator of Encob Blog, the Lean Thinking Blog in italian language. You can subscribe to his feed(Google Translate incorporated in the blog for who doesn’t read italian) and/or follow him on Twitter @dbosnjak.

I’m a big fan of tennis. I’ve started playing it when I was just a kid (and still play it once a week…) and follow passionately all the main tournaments on tv.

And I’m also a passionate lean thinker. I love studying lean, applying it to everyday life in office or at home. I love the philosophic and also the psychologic aspects of it.

I wanted to write this post by putting together my two passions: lean thinking and tennis.

You may ask: What the heck can lean thinking and tennis have in common? Let’s get to see it… 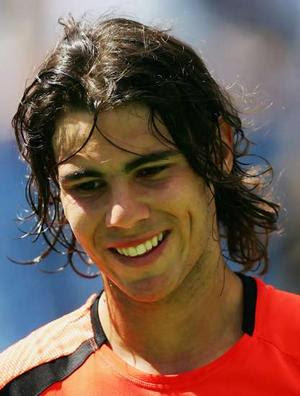 My favorite tennis player is Rafael Nadal. Why Rafa? Why not Roger (Federer) or someone else? That’s because I admire players who are not God blessed with talent (like Roger… OK, I know he’s working too on his game all the time, but Rafa’s starting point regarding talent was way below Roger’s…) but are applying the continuous improvement to their game day after day after day (a typical lean thinking concept).

When he first won the Roland Garros, he was basically only brute force from the baseline and never missing a shot, never coming to the net to take the point (he was not a good volleyer…). But as the time went by, he evolved his game, he learned how to play on the net, he learned how to put in difficulty his opponents. And he made all those improvements one at a time, by looking for a mastery in every one of them.

Mastery: that is the main point of this article. What are the goals in your organisation? What is your organisations vision? Is it to reach your CEO’s or stakeholder’s financial goals or to achieve mastery at what you are doing?

If the answer is the first one, then there is no possibility of making the lean culture in the organisation. Why? Because the people which are directed by this type of leaders often feel used and abused. There are often a personal rewards (bonuses) from the top management for the short term financial objectives and usually people that are working use every possible escamotage to reach them and take these bonuses (even if it will have a destroying effect on the organisation in the long term…). There is usually no respect for the people, what counts is just the money… That is a typical traditional thinking organisation…

What about the lean thinking organisations? Thay are responding to the second option: achieve mastery at what they are doing! What does this mastery objective mean for the culture of an organisation? It means that every person that works for this kind of organisation is teached, supported and helped to reach his own mastery at the work he’s performing. They are helped and teached by leaders to reach their own flow (psychological – see Flow by Michaly Csikszentmihaly) and the physical flow of operations on the shopfloor. With time they increase their passion for the work and don’t need any other extrinsic motivation for doing it (see Drive by Daniel Pink). They are intrinsically motivated by the chase for the mastery. And the organisation which supports this thinking with the organised method (kata – see Mike Rother’s Toyota Kata book) for the continuous improvement becomes unstoppable.

Do you think Rafa Nadal plays for the short term financial reward (money) or for the passion of the game and the desire to become a better tennis player day after day? Does he have a vision of where he wants to be with his game? How does he chase his objectives: by small steps that increase his mastery in all aspects of the game or by playing to earn more money today when he’s still young and physically fit?

You can leave your comments here or at Dragan’s Encob Blog.