How To Get To The Root Cause Of A Problem 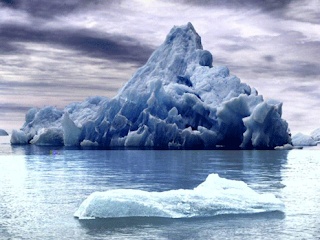 First off Happy New Year to Everyone and I hope 2011 is a fantastic year for you all. Now for how to get to the root cause of a problem. I was working with a client who plays in the IT recruiting space and they have started some great activity around strategic alignment and policy deployment. One of their big hangups is when is a slip on the schedule when is the slip up caused by an accountability issue and when is there something else that might be the root cause to the slip. Now initially everything was an accountability issue and there were many fingers being pointed in all directions. After talking with the team and we decided to change some items around in the meeting.

1) Always dig deeper into issues. No longer will “I didn’t have time” or “I was waiting on XYZ” be an acceptable answer to why we are missing on our dates.

2) Ask the 5 whys to get to the root cause of the problem. The source of most of the problems can be easily traced using this methodology correctly.

Problem: I missed my due date on an action item
Why: I had an emergency come up with a client

Why did we miss even though we had the emergency: We didn’t have enough people properly trained to do what needed to be done so my efforts were diverted to the emergency

Why was there no one trained to do the other items: We didn’t have a standard around how we deal with the emergency or standards on how we do daily work so any emergency that comes up will cause this same issue in the future

Containment plan: Realize that this is an issue moving forward and work on the solution plan

Solution: Standardize daily process and emergency processes as much as possible so there is agreement on what and how we do business.

The solution is much deeper than just an accountability issues; it is a systemic issue at the company that if not addressed will cause problems again in the future.

In this example the people understood their process and systems pretty well but what about a much larger organization where an employee may not see all the moving parts. How would you find root cause there?

In the healthcare world Hospitals are the perfect example. I was working with a catheterization (cath) lab on their patient turn around times. We started digging into the reason why the turn around time was taking so long and there were multiple reasons and here is one of those lines of reason:

Problem: The turn around time in the cath lab is longer than expected.

Why: Some labs just have lazier workers
Why: They are just lazy
Why: Because they just are
Why: That’s the way they were raised
Why: What is the point of this? They need to be held accountable.

So the line of reasoning was that we just need to hold people accountable and that is fine but the what the folks didn’t understand is the root cause. The source of the problem wasn’t that people were lazy or inept; it was that there is nothing in place to hold people accountable. There was not standard where a manager could come in and say you are not doing your job to your work instructions because there were no work instructions.

The folks in the cath lab didn’t know enough about the processes and the system to understand that the root cause of the problem wasn’t accountability but was the lack of standards. Fixing that lack of standards fixes all the issues in this one problem set for turn around time and in fact we did see (if all other variables taken out) 40% improvement in the turn around time by just standardizing and we expect to see a reduction in infection rates due to the fact that we are now standardizing the preparation of the patient to sterilize completely and consistently.

To fix the root cause ask a lot of questions and make sure you understand the system. One way to know if you fixed a root cause is that the problem dosen’t and has no chance of coming back in the future. Ask the right questions to get to the right solutions. This is a bit art and science. Ask for help if you need it when it comes to finding the root cause.