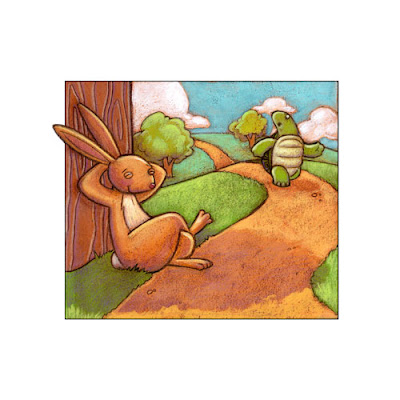 I heard this statement in my Crossfit training and my first reaction when I heard this I thought no way! How can going smooth be faster than just going all out for as long as I can? It’s the same reason that when an army marches they all march together and they don’t sprint to a destination. It’s also the same reason why the tortoise beat the hare.

When you go at sub-maximal effort you are in a comfort zone and can get work done correctly and accurately. You are less prone to mistakes and you don’t get as tired. Don’t forget that if you take this thinking into a company you aren’t causing issues upstream or down stream if you all operate as a team and work smoothly instead of as fast as you can.
The perfect example I can think of is from my days back at Dell. We had a kitting area, build area, burn (software install) area, boxing area, and shipping area. Each section would run as fast as they could for as long as they could and there would be hundreds of computers between station to absorb the variation of the outputs. If you ordered just one computer it took around 4-5 hours to get through the factory. If you built the computer yourself it would have taken roughly 2 hours to build with the software install.
Dell changed it’s mindset and actually “went lean” and got rid of the buffers and made the process continuous where you kitted, built, burned, boxed, and shipped off of one line. The time went to about 1.5 hours. Orders size of 8 computers used to take 12 hours or more but now took about 4 hours. By pacing the lines, emphasizing pace over production Dell was able to get more efficiency out of their system.
Which are you and your company, the tortoise or the hare? How do you go from being a tortoise to being a hare?
2022 The Lean Way Consulting. All Rights Reserved