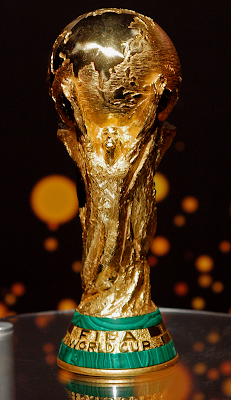 Most of the referees in the upcoming FIFA World Cup tournament have day jobs, such as office work, and train on their own time for the grueling games. Though they’re often twice the age of the athletes, refs tend to run 12 miles during a single game, five miles more than players. And there are no substitutions.

Let’s go USA! My heart is with the US team but Spain is probably going to win. Chile is my dark horse pick to win it all. Who’s your team that you are cheering on? Leave us comments on your team.